Walk on the Right, People! 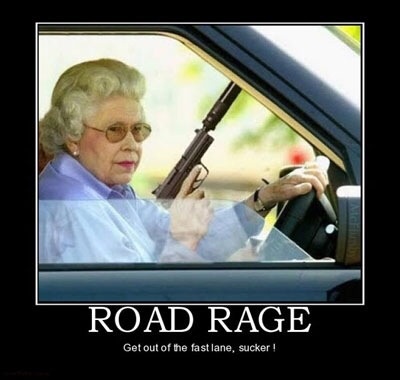 “I no longer have road rage, I have walk rage,” I explained to my friends at breakfast recently, about one of the ways which my life has changed since leaving Los Angeles.

“We’re in the city. People walk, take public transportation, taxis, Uber. We’re trying to get somewhere, not take leisurely strolls through the streets.”

Traffic, horrendously douchey driving and my resulting road rage which became way to commonplace for my liking (I don’t think it’s healthy to regularly wish for people to “get his someday, motherfucker!”) top the list of reasons why I left L.A. Now, after nearly two years of living in San Francisco, I can count on two hands the number of times I’ve driven my car. My poor, neglected car which once held way too much import in my life.

My friends, all current L.A. residents, listened with amusement as I continued my mini-tirade.

“I get irrationally bothered when people walk slowly or when they don’t walk on the right side of the sidewalk. It messes up the flow. It’s so annoying! That and standing all haphazardly on the escalators, blocking the flow of people who are just trying to catch their train to work. Stand to the right! Climb to the left! It’s not that hard!”

Rant over, I sat back in my seat, satisfied at having released a string of words suppressed for too long.

“You’re supposed to walk to the right?” my friend K____ asked with mock trepidation.

I fixed them with a stare of disbelief and looked to I____, L____’s husband for validation. He nodded at me in agreement.

“Yes! In this country, we walk on the right side of the street if there are others on the sidewalk. It’s like driving. You drive on the right side of the road. I know it’s different in some other countries. Anyway, that way if you’re walking down the street and are walking toward a stranger, you avoid doing that stupid, ‘Which way are you going? I’m going left, no you’re going right! Ok, I’ll go right,’ dance.”

“Oh, is that why that happens?” K___ remarked with a half-smile.

« About This Texting Thing